Tonight I got the chance to try out TF2’s Mann Vs. Machine. Which, if you haven’t heard, is all the rage.

Basically, its six players fighting against waves of robots. Both the players and robots have access to the various TF2 classes. 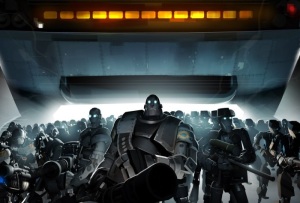 Straight to the point, it’s very fun, but it’s nothing new. Games like Killing Floor have done exactly this, and anyone that has enjoyed killed zombies in call of duty might see familiar strategies. Or Gears Of War’s iconic “horde mode” but a little more mindless.

But it all works well with the TF2 classes. In my brief time playing, I thought some classes fared better than others. Against hordes of enemies, the scout can feel a bit useless (at least in my hands). Doctor was only good for the initial über you will start the round with, but trying to hold off a horde of robots the doctor can feel overwhelmed. Demoman, Heavy, Pyro, and Soldier are all perfect fits, especially the demo’s sticky bombs.

Despite that, I found I was having the most fun with the Engineer. He sets down buildings fully maxed prior to the start of the round. So within thirty seconds you can have teleports up, turret aiming, and dispenser set up. From then, it’s all about protecting it, as the turret does a great job taking out the robots, but you have to watch out for spy bots, as well as watching your back. 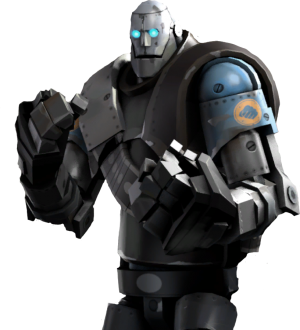 Also, the collective six players acquire cash from fallen robots, which can be used in the in-game shop for various perks for each weapon in every class. So as an Engineer, I was able to get a perk that allowed me to build a second small turret, which I named the “why the fuck arent you dead yet?” turret.
All in all, it’s a welcome addition, and once the servers clear up after a while, I plan on playing more. TF2 is a free to play game on Steam, so download it and give it a try.

And be sure to follow Game Over You Suck for all the latest rantings and ravings.

Hello, my name is Chris Eric Detrick and I'm a currently a student at Virginia Commonwealth University and a freelance video game writer. I'm stationed out in Richmond, Virginia and looking for work. My blog has been featured in Freshly Pressed and since then I have only grown as a writer and journalist. You can contact me via email: chrisericdetrick@gmail.com
View all posts by Chris "Kodoku" Detrick →
This entry was posted in Video Games and tagged co op, free to play, gaming, horde mode, killing floor, Mann vs Machine, Team Fortress 2, TF2. Bookmark the permalink.